An earthquake has struck Yogyakarta on Tuesday night 26 July 2016 and shudder three district in Special Region of Yogyakarta, more precisely the earthquake hit Bantul district, Sleman district, and Yogyakarta municipality. Communications were cut off, thousands of people have died and the wounded have been taken to the hospital for medical assistance.

An Earthquake is a sudden and violent shaking of the ground, sometimes causing great destruction, as a result of movements within the earth's crust or volcanic action. Such natural phenomenon happens frequently in an area that is close to volcanic mountain and also in the areas that is surrounded by vast oceans.

National Search and Rescue Agency Republic of Indonesia in collaboration with the local or international EMT (Emergency Medical Team) are immediately dispatched to the affected areas, to evacuate and carry out medical assistance to relief the emergency situation caused by the earthquake.

All of the EMT, both national and international, are directed to registration booth in the Yogyakarta Special Region Public Health Center before carrying out their duties. This is to allow initial assessment of the needs, current situation and to decide the most appropriate measures in responding to the emergency situation. 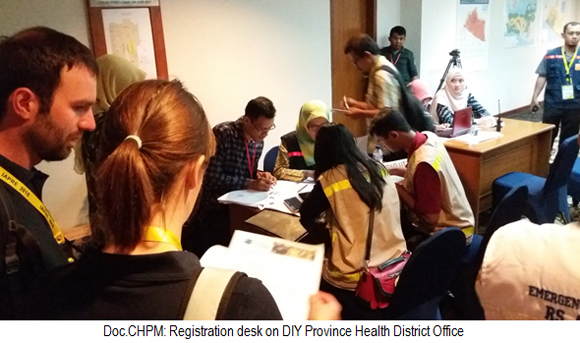 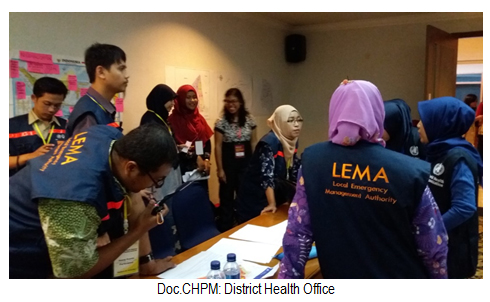 After conducting field duties, the EMT team writes a daily report that will be returned to the corresponding district health office to allow monitoring EMT needs and in order to meet challenges in the field such as human resources needs, drugs, and determine medical assistance. After the EMT team has carried out their duties, they quickly return to the health district to report their finding in the field and update the current situation in the affected area.
Earthquake can happen at any time without any warning. However, the epicenter tends to occur in certain areas such as pacific tectonic plates. This is known as the ring of fire due to the great number of volcanic mountains. 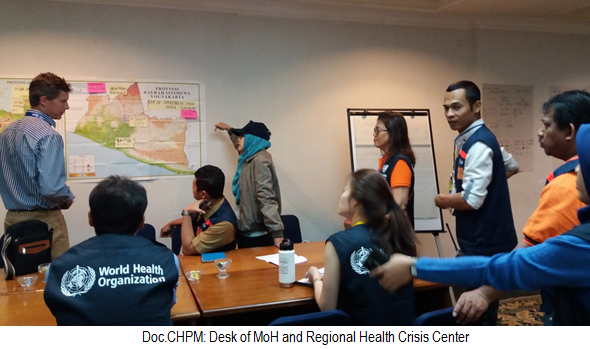 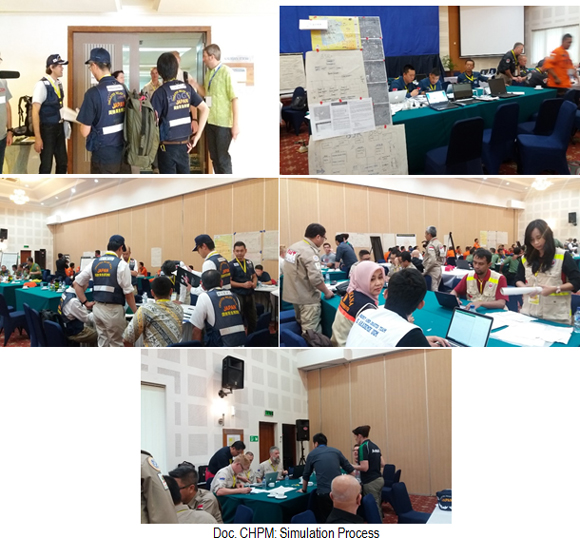 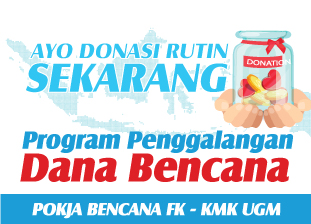 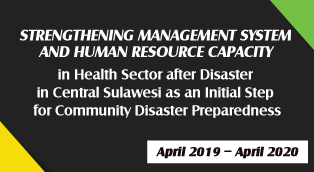